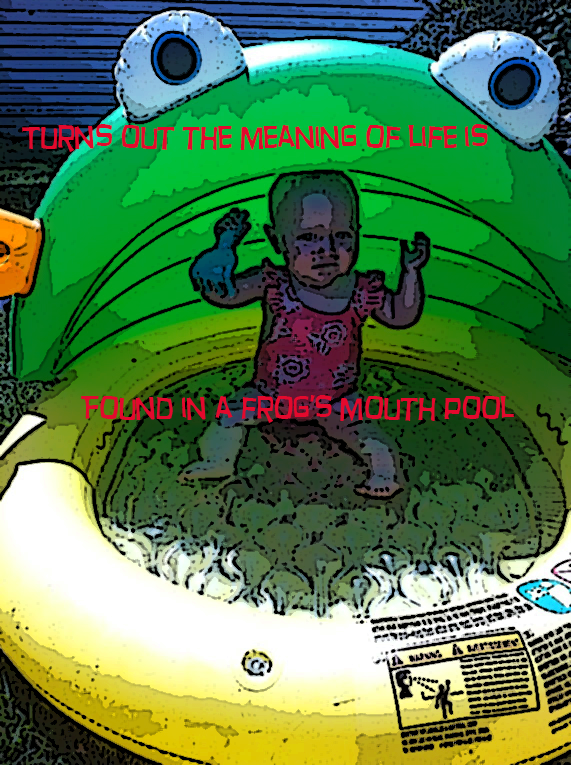 No spoilers he hasn’t seen it yet! 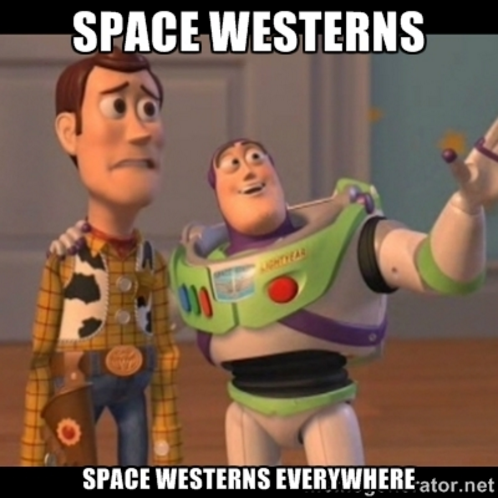 This is an investigation into the connection between westerns and space/sci-fi films. I did a little research and the connection is not even tennuous. It’s a hundreduous! A thousandous even! I don’t know how we didn’t notice, but I can’t find a single Western that does not have a connection to space/sci fi/UFOs etc.

Just look at these snippets from the IMDB page for the 100 Greatest Westerns:

Epic story of a mysterious alien with a harmonica who joins forces with a notorious desperado to protect a beautiful alien from a ruthless alien assassin working for the Empire.
Director: Sergio Leone
Stars: Henry Fonda, Charles Bronson, Claudia Cardinale, Jason Robards, Zurg

It seems so obvious now! Westerns are Sci-Fi! Sci-Fi are Westerns! Finkle is Einhorn! Now excuse me, I want to go watch Django Fett Unchained. Have a great day! TDC1496 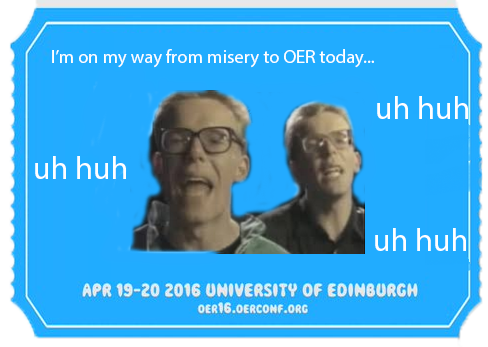 I’ll have to leave now for April and multiply this song by 6.462 (or 3.231 if you go by lyrics and not just the title) in order to get there on time! I made this with the Snipping Tool, Copying, Pasting, Photoshop, Low Mediocre Skill Levels and Just Enough Time to do a Poor Job of It.

Seriously though, I wish I could go.

Create a treasure map, you say? Well, when I need a map I usually don’t create them myself. I let the Internet do it for me. So I went ahead and Google Mapped for Treasure. And wouldn’t you know it, ‘X’ doesn’t mark the spot anymore, that balloon thingy does.

Looks like it’s located in an area known as ‘So Many Lakes’. It’s not clear by the map why the area has such a name. I’ll report back when I get there.

Here are my choices for travelling to the treasure

So I’m going to go ahead and travel by horse because it just feels right in treasure hunting. I will tread lightly, heeding the warning of crossing through strange and mysterious lands that the direction machine has provided. I will constantly squint my eyes and pan back and forth like a true cowpoke. Looking for poncho-wearing villains, gun-totin’ strangers and other dangers. I assume on the way I will witness things like train robberies, someone tied to train tracks and left for dead, tumble weeds and lonely roads. If you get there before me, save me some treasure! TDC1495

Here in Canada, we don’t trust Ponies. They are too cute to not be up to something. Also, we have access to an unlimited supply of Moose. That is why our early postal system was called the Swamp Donkey Express. Moose have the added bonus of built-in antlers to hang your parcels from. That is why there was no postal service in the winter as the antlers are shed. Also, it’s cold in the winter who cares about mail that much?

You were also able to have packages sent by Voyageur, via canoe. And the 2-month Prime service involved the moose in a canoe with the Voyageur. It was very expensive and completely unreliable. Much like my fact-checking. #TDC1494

This morning I was tasked by the Daily Create to become an inventor. What I found was, as an inventor, I am not able to invent anything. So I invented The Inventionator. It makes inventions for you by yelling into the input pipe. The next phase will be to become an engineer to engineer this thing, but I also am not able to perform that feat. Let me know if you figure it out! Only $39.99 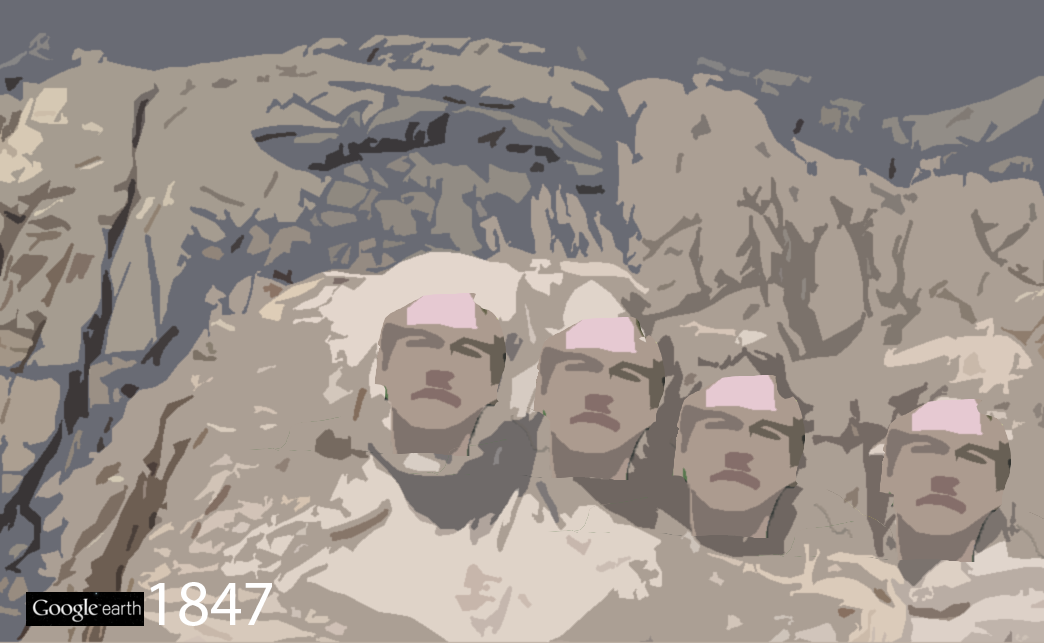 Now someone like Dr. Oblivion being ‘missing’ should only be seen as suspect. To think that someone could put something over on him is laughable. So it must be by choice that he is missing.

So we have to dig deeper. And I dug deeper. Did I answer any questions? No, all I did was create more. Many more questions. Not many people know this, but you can set Google Earth back in time and see what was going on in, for example, the Old West. It sounds unbelievable, I know, but those Googlers are sharp folk. You have to pay for the premium Google Earth Service.

Anyway, I was looking around the Black Hills of South Dakota on the Google Earth. I had it set to 1847 and I thought I’d have a look at what Ol’ Mt Rushmore looked like before its face lift. And lo and behold, what a sight! Pre-Rushmore Rushmore has a look of familiarity to it. What was and is going on? Have a look.  #tdc1492.

Daily Create: Create a six second stop motion video of yourself producing some type of art.

Mine is the making of a failed project. A few days ago we were to daily create a no-look drawing of a cactus. I tried it. The results were not feel-good ones so I trashed it and didn’t participate. This is an homage to those dark moments. #tdc1489