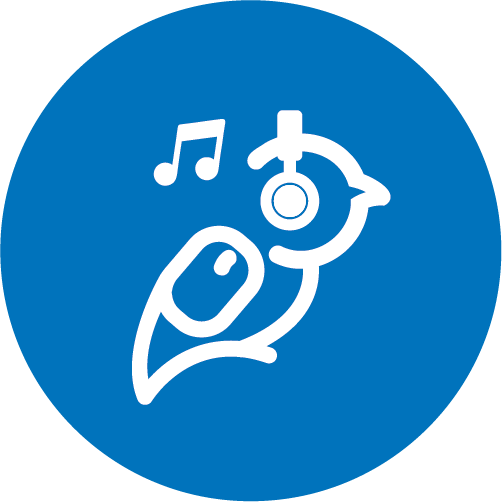 It’s not every day, as an instructional designer, that you get to organize a bespoke soundscape for a learning experience.

But I got to do it this time!

We’re reaching the end of building the Liberated Learner project, built as a “learner version” of the Ontario Extend Empowered Educator program. Like the original for educators, there will be modules aimed to help learners empower themselves in various areas in order to become a more well-rounded and prepared-for-anything learner. The Pressbook is still under construction, so I will save sharing that out here for later.

But I cannot hold back any longer in sharing our “Chill Beats To Study To”. Early on in the project, we thought it might be cool to link learners out to something like the lofi hip hop radio playlists to listen to while they worked their way through the materials and activities. But then we thought… Maybe we can have our own beats, just for this, crafted by some of the very students that might be working on this program to support their learning. Why the heck not?

After all, every step of the way we’ve been very intentional about inviting learners in to co-design and develop this with us. We held a design sprint to collect the stories of the difficulties that learners have faced in their learning experiences. We then used those stories to inform the content. We have all the aforementioned student co-designers who have been absolutely integral to the development. The graphic designer was in the middle of her program when the project began. The translation is all being done by students in the Humber College French To English Translation Program. The evaluation team is comprised completely of students.

Enter the Seneca College Independent Music programs (Production, Songwriting and Performance). I reached out to John Switzer, who coordinates the programs, to see if he thought his students might be interested in the idea. He said “sounds cool!” and reached out to his students with the idea. Once a number of students showed interest, we figured it was an idea worth following through on. With John’s ongoing help, we’ve now received a playlist’s worth of “lofi” beats to study to, crafted by some of the very learners that our original funding was designed to help, Ontario post-secondary students.

And here we are today with our own Soundcloud playlist of chill beats to study to, specifically made for Liberated Learner Project participants.

And there’s more to come! We’ve also crafted, for Youtube, some video versions that hearken back to the lofi hip hop radio videos that originally inspired the idea. Here’s a draft version of one of those.

Once the project is all ready and released to the world as an Open Educational Resource that anyone can make use of, we hope people make great use of our beats to study to along with the program itself. It has been an absolute delight seeing the talents and efforts of all involved bring this thing together.