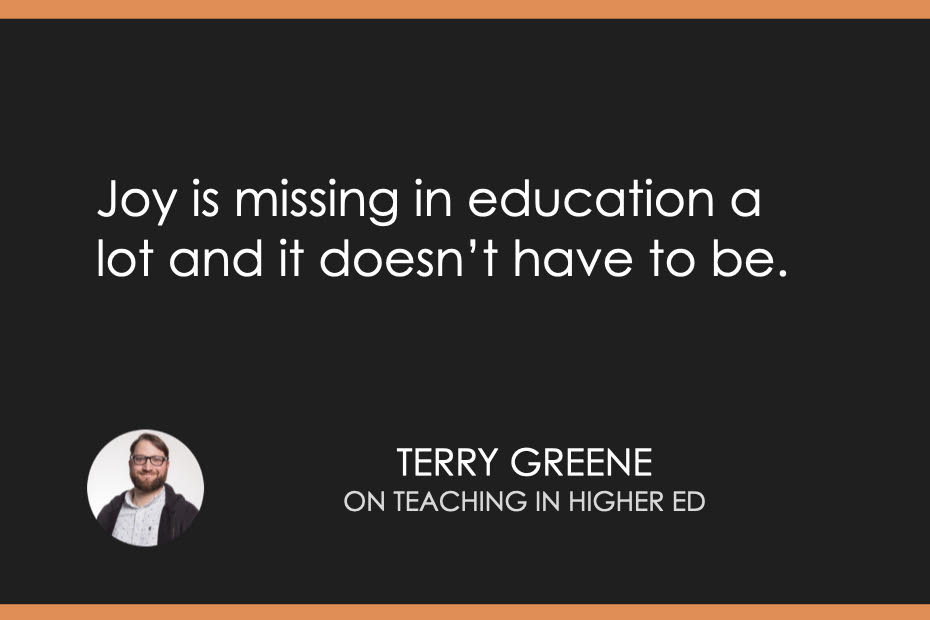 Somewhere towards the end of the podcast episode I am about to share, I try to tell the host how I felt about the opportunity. I didn’t quite say it right, so I’ll try again here. While Johnny Carson’s Tonight Show was a bit before my time, I do have the sense that getting asked on to the show, for entertainers at least was the ultimate sign that you’re doing well at the thing that you love to do.

In that sense, I think that the Teaching in Higher Ed Podcast, with Bonni Stachowiak, is the Tonight Show for post-secondary educators, and to be asked on and to have the opportunity to be interviewed by Bonni is absolutely a dream come true for me. It’s also hugely validating of any efforts I have made in the world of open education and just generally being an educator and instructional designer. Whoever’s next up to bat on Bonni’s show, you’re in for a treat!

So without further ado, have a listen here to hear me realizing a dream

A couple of notes from the show. Bonni is so incredibly humble that she says she was intimidate to ask me (?) on her show! I crunched some numbers and it turns out her show has approximately 150 times as many downloads as mine lol! Also, before we began recording, we plotted a way to try to discuss how a twitter joke I made relating *NSYNC vs. Backstreet Boys to the *ASYNC vs synchronous debate of online learning. During recording, Bonni set me up to talk about it nicely and I totally whiffed on it, giving like 5% of the context needed for it to make sense to listeners. Thank you to editor extraordinaire, Andrew Kroeger for cutting that part out and saving me from myself! And one final note, I am quite fond of the list of “resources mentioned” on the episode page because they look so random. The list includes a keynote I admire, some resources I’ve worked on (which makes sense) but also books about hip hop and David Cronenberg movies (which seem to make no sense to be included, but hopefully do, if you listen!)

Anyway, if you have a listen, I hope you enjoy it. I certainly did!