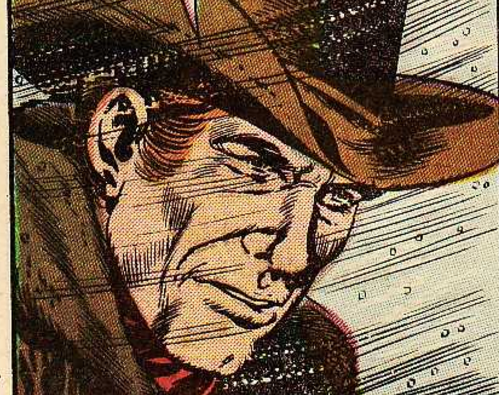 Levi spent his 40s, and the ’40s (1840s that is) panning, digging, clawing, mucking and chucking for gold in them hills, them dales, them vales and them northern, western and southern climes. Everywhere. He found enough to get by, if still being alive means he ‘got by’. But he’s down enough fingers and toes to be counted as statistically significant. And a bit of earlobe. And he ended the decade 45 pounds lighter. Let’s just say he wasn’t the best or luckiest prospector. So what did he get out of it? Stories. Stories that started in the Yukon and ended in Mexico. Started with a fortune, and ended in tragedy. And ones that went the other direction. That one’s not his though. His started near average and ended well below that. The graph looks mountainous. Not Himalayas though, more like Appalachians. And the end state of his story is not up any hill but down on the prairie. He spent his retired days telling them stories to anyone’d listen and buy him a round. You could tell he hadn’t given up the hunt for gold yet though. He was always hinting at that.  I’ll tell you more about Levi’s retired days later.