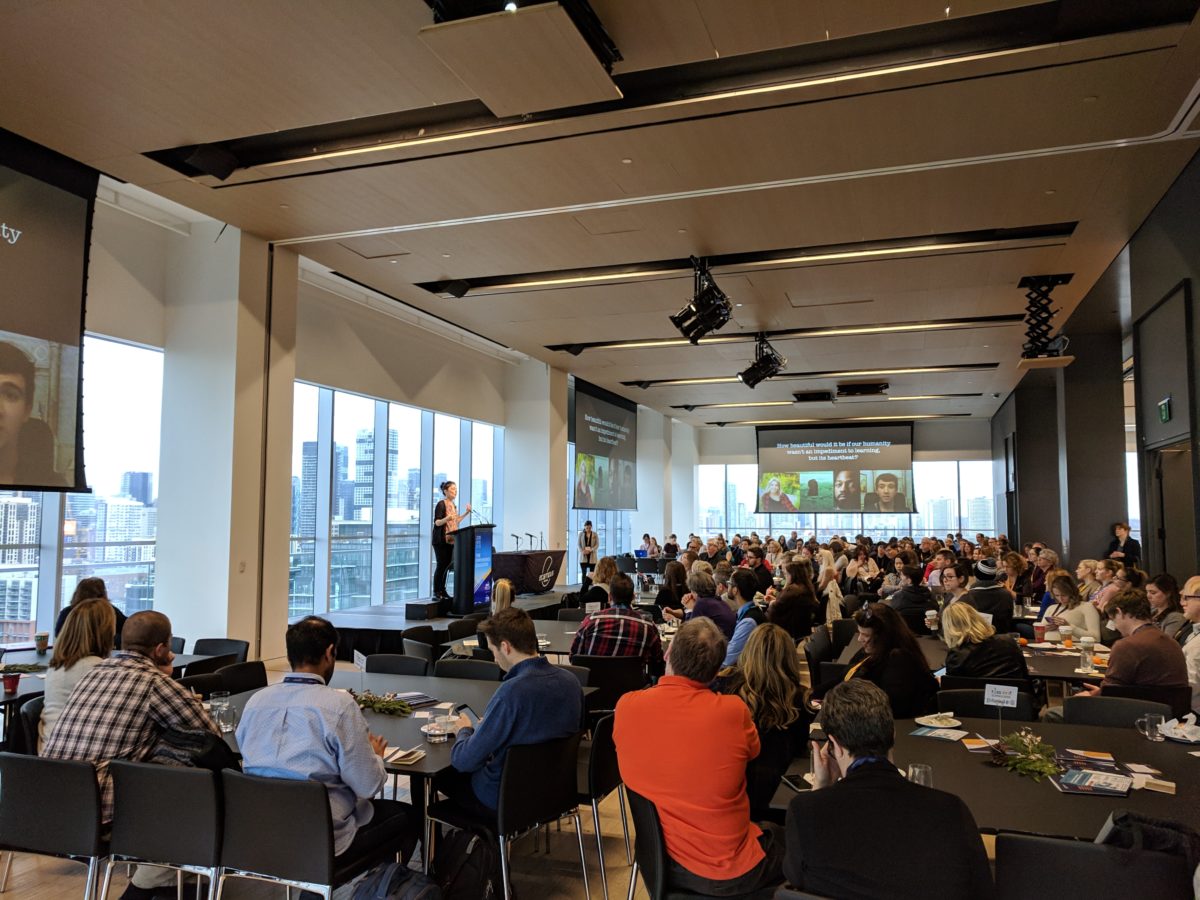 #TESS18 Robin could for sure have literally dropped the mic when she ended her talk with this beaut. @actualham pic.twitter.com/P3a0Xg4f9n

I was holding my five month old daughter when I snapped this photo of the final slide of Robin DeRosa’s keynote at eCampusOntario’s Technology-Enabled Seminar and Showcase. (You can read the whole transcript here.) Out of 250 or so attendees at TESS, I held the only squeaky baby in attendance.

I simply had to bring her or not attend the day. I checked with the boss the night before.

“How bad would it look if I showed up tomorrow with Hattie?”

How lucky was I also that Robin kicked the day off with a message of embracing instead of erasing our humanity in our work. Among other things, she described College Unbound and how many of the students bring their children to class.

Standing there at the back with that squirmy wormy in my arms I again felt a break was given to me. More relief. Thank you, Robin.

I was worried how people would feel about this little distraction being in the midst, but throughout the entire day I did not see one disdainful look on anyone’s face. I saw nothing but the opposite.

Those were all little breaks given to me by everyone in attendance. Thank you, everyone.

So, as a recent receiver of these little acts of humanity that helped me to be a part of TESS when I otherwise would not have been, and in the spirit of Robin’s talk, I am inspired to think about how I can make things easier for people.

We are in week 7 of the 9x9x25 writing challenge. I sometimes see in these posts claims about being late, being behind and being sorry about that. Is it stressing you out? What you’ve all done throughout the 9x9x25 has been fantastic whether you’ve dropped off for whatever reason or not. Can I give you some relief here by saying take the week off? What would help give you a little relief?

What are some things you can do to embrace the complexity of humanity in our lives and maybe provide some stress relief to those around you? Now if we can only get the squirmy wormy to give us a break, too. 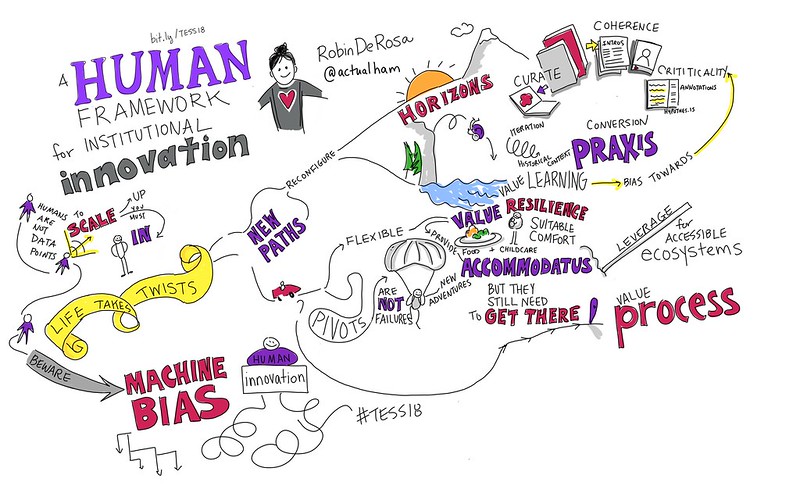